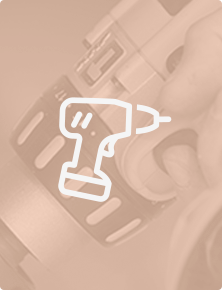 Get the industrial power tools you need for your shop and job site at Firehawk. You will find power saws, power sanders, and air tools, along with cordless drills and drill/drivers to help you perform a variety of tasks. You can also find a wide range of finishing tools including circular, band, and reciprocating saw blades that are tough enough to cut through the hardest metals. Shop Firehawk for your industrial power tools, replacement parts, and accessories today!

Workplace safety can mean different things for different environments. Whatever safety means for your role, Firehawk can help you to achieve it. Firehawk provides high-quality, dependable products you can trust to keep employees and work sites safe. Search by keyword, part number or category to find exactly what you need to help keep your workers safe and your workplace compliant with safety regulations. 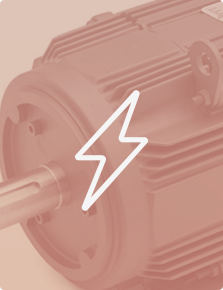 Shop for all of your industrial, commercial, and specialty motors at Firehawk. You will find plenty of general-purpose three-phase motors to use where a more compact size and less vibration is needed. You can also find the specific farm-duty, HVAC, or vacuum motor you need here, too. Firehawk carries motor supplies like capacitors and DC speed controls to keep your business moving. 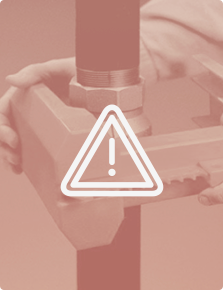 Lockout/Tagout focuses on products and services that help alert, track, and temporarily disable machines and systems so they can be worked on for maintenance. OSHA does not have any tolerance for issues with Lockout/Tagout procedures. It is one of the most commonly cited issues and also near the top of the list of the most expensive citations, year in and year out. In fact, Lockout/Tagout was #8 on the OSHA Top Ten citation list in 2013. “Control of hazardous energy (Lockout/Tagout), general industry (29 CFR 1910.147).”

Firehawk Product & Services, Inc. is a Service-Disabled Veteran Owned Small Business (SDVOSB). Upon honorable discharge from the Navy, the President of Firehawk wished to incorporate the knowledge he obtained from his military experience, where he worked with small businesses to

obtain mission critical supplies, and became inspired to provide the same service. His passion and commitment to serve those supporting the United States of America continues through the incorporation of Firehawk established in memory of his former squadron - HCS-5 Firehawks.

Firehawk Product & Services, Inc. is a Service-Disabled Veteran Owned Small Business (SDVOSB). Originally founded in 2006, Firehawk has since developed relationships with select manufacturers and wholesalers to provide quality products, highly competitive prices, fast delivery and dependable customer service. Working with Firehawk will provide your organization with unique and competitive advantages, including but not limited to:

"For the regular professional division Jake Reeves of Fairways and Greens won with a two day total of 8-under-par 136. It was a very close race after day 1 with five players within two strokes of the leader Walt Chapman, PGA. Jake caught fire on day two getting birdies on his last three holes and securing his victory. Loren Personett of McCabe Golf Course finished one stroke back for second place with 7-under-par 137. In the senior professional division it was another tight race for first. Bill Breen of Harpeth Valley Golf Center and Buddy Harston of Vanderbilt Legends Club took the lead after day 1 with 4-under-par 68. Bill Breen shot even-par on day two hold off Harston and Randy Helton, who had a strong day a 3-under-par 69, to win the senior professional division.

In the regular amateur division Todd Burgan was tied for the lead with Tim Richardson shooting 3-under-par 69 after day one. Todd Burgan turned it on shooting 7 birdies and only one bogey to pull away in the division. He finished 9-under-par 135, five strokes ahead of the next closest competitor. In the senior amateur division Mike Poe was the wire to wire-to-wire winner shooting 5-under-par 139. He held a one stroke lead over Jeff Golliher after round one but had a strong second day shooting 4-under par 68 to hold off any push by Golliher."

If you have any questions, please contact us via the form below. If you need to place an order, please call us toll-free and speak with a Firehawk Sales Representative. For all other inquiries, please send us an email.